HALF: The Story of a Chinese-Jamaican Son Trailer

A documentary by Jeanette Kong
Trailer Produced and Edited by Kareem Frederick
Caught between two cultures and races – Vincent Lee was born to a Chinese father and a Jamaican mother. After his father’s pre-mature death, five-year-old Vincent sailed across the ocean to southern China where he endured a life of hardship and servitude.
Separated from his mother and siblings for more than two decades, Vincent returned to his native Jamaica as an adult. In this compelling documentary told from multiple perspectives, Half reflects the complex, yet common practice of sending mixed race sons to China for acculturation in the 1930s. It reveals one man’s universal search for family, identity, and belonging.
Hakka Chinese and English with English subtitles
Produced, Directed, and Written by Jeanette Kong
Copyright Ms.Chin Productions

HALF: The Story of a Chinese-Jamaican Son Trailer from Ms. Chin Productions on Vimeo.

Hunt of the Senses_November 2010: This is a short where the main character follows a series of clues hidden in QR codes. He has heightened senses and soon realizes he possesses a greater ability. 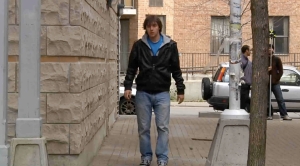 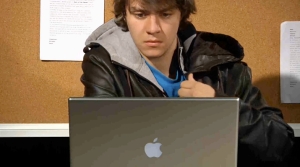